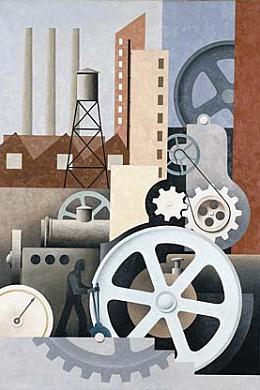 Hello spring. Or hello, goodbye. This has been a savage Wisconsin winter, and it might snow again next week. I shudder to think. Yesterday was maybe 55 degrees and sunny. Too much joy.

Good news: Shara McCallum chose a selection of my poetry for the 2012 Lorine Niedecker Poetry Prize from the Council for Wisconsin Writers. It’s an honor to be included in this list of 2012 award recipients. Also, I’m going to the MacDowell Colony in June. A cottage to write in and picnic lunch delivery, oh my!

March: AWP Blindness followed by two poetry/visual art collaborations. The first was the third Bridge Poetry Series event at the Chazen Museum in Madison, featuring poems that responded to the 1934: A New Deal for Artists exposition. Imagine the federal government funding the arts as part of a mass effort to alleviate an extended economic collapse. I can’t either. Anyway, organizers Susan Elbe, Jesse Lee Kercheval, Katrin Talbot, and Sara Parrell arranged an amazing reading with this great lineup of poets from the region: Oliver Bendorf, Kim Blaeser, Susan Elbe, David Graham, Karla Huston, Amaud Jamaul Johnson, Mark Kraushaar, Shoshauna Shy, Danez Smith, Angela C. Trudell Vasquez, and Timothy Walsh. You can read the poems here. I chose the below Paul Kelpe painting because he was an abstract artist masquerading as a figurative painter for the money 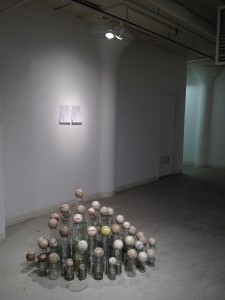 Thanks to curator Ellen Siebers and fellow Monster & writer-wrangler Adam Fell for)making this happen.And thank you, visual artists, for putting up with writers, who according to my husband (a sculptor), don’t work well with others, fear technology and never update their author photos. Despite these drawbacks, Victor managed to create this creepy, beautiful sculpture (constructed from baseballs, softballs and glass jars), which inspired “Whistleblower,” a poem that we read in unison at the March 29th event. Conclusions: visual artists have more fun; Caryl Pagel’s poems blow my mind; Zac Fulton is a future canonical poet and parrot expert.