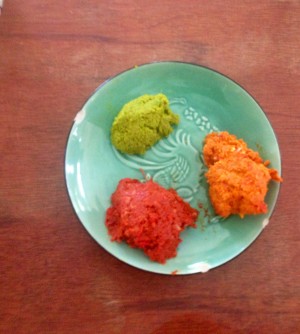 Now that it’s almost over, happy summer! I thought all week about fancy things to report in a linear narrative fashion. But that would be so autumnal. And it’s not even August. So, I offer you a humble list of summer-so-far’s greatest hits:

21st Century Travel: There is nothing quite like embarking on a trip that you cannot afford. 10 points if you do not speak the language; 10 more points if the journey has been hastily planned; 20 points if two or more layovers are involved; 25 points for food allergies that make 2/3 of the host country’s dishes potentially lethal; 30 points for returning with a permanent scar.

Attending a Fun Wedding: Apparently, the fun wedding is not a myth.

MacDowell: Wow, and thank you, universe. I spent the month of June in the New England the woods, where poems are born and tortured into shape, and deer ticks reign with impunity. One of my favorite things about this residency was spending time with non-writer artists, like architects, composers, photographers and actresses who arrived to dinner “in character.” There was even a MacDowell band (“Absorbed Twin,” as of June 2013).

Twitter? I still don’t understand it, but it’s interesting. I love the committed users who flash the world by privatizing & deprivatizing their accounts every other week.

Reading Essays on the “State of P/poetry”: Maybe poets are shouting into the ruins. Nonetheless, it’s invigorating to read essays that articulate something about the messy, seething universe of contemporary poetry, whether I agree with the authors’ arguments or not:

– Kathryn Mockler, “On Printing Out the Internet,” Lemonhound

– Patricia Lockwood, “The Rape Joke,” The Awl: This is an amazing, relevant poem that has started a lot of difficult and     necessary conversations. But what was Viv Grozkop thinking when she published this response in the Guardian? What were    the editors at the Guardian thinking?

– Allison Benis White, excerpts from “Please Bury Me in This,” Poem-a-Day, Academy of American Poets: I’ve been enjoying  her second collection, Small Porcelain Head, all summer.

– Liz Countryman, “Why the City is a Dog,” Phantom Limb: Poems that manage to be both analytical and emotional always blow    my mind.

Having Some Poems & Interviews Accepted for Publication:

– “College” and “A Briefe and True Report of Tiananmen Square,” Matter: A Monthly Journal of Political Poetry         & Commentary

– Safety Book (in which I try to verbalize my obsession with Robert Bolaño’s 2666), Rescue Press, with Caryl Pagel (July 2013)

Sephora Machines (because I’m shallow sometimes): There is now a computer app at Sephora that can scan your skintone for exact foundation matches. A little cylon, a whole lot of awesome.

Being Invited to Read for the Second Middle American Poets Reading Series Event: If you’re in the Milwaukee area tomorrow, you won’t want to miss Matt Guenette’s last Midwest reading for a while (he & his family are moving to OK for the fall semester). I’m honored to be part of this heavy-hitting lineup:

Xenophobia (Summer’s Not-So-Great Hit): When my husband and I (he’s a Mexican citizen and legal permanent resident of the US) searched for a more affordable apartment at the beginning of the summer, we dealt with what only be described as a passive-aggressive dose of xenophobia or racism. Despite the fact that we were qualified applicants (we have strong credit scores, sufficient income and spotless tenant records), we were denied for at least three of the applications we pursued, with various excuses that gestured towards the fact that we weren’t “locals.” This experience was especially surprising, as we live in what’s known as a very progressive city. Our experiences here have been overwhelmingly positive, and we get that every society is insular in its own way. It’s just unfortunate that this insularity often gets in the way of the diversity that cities like ours embrace on the surface.  For now, we’re grateful to live together in the same country, willing to deal with the challenges that come our way, and cautiously optimistic that things will change.

Note: There are three types of curry paste in the photo above. Two of them make my eyes water.