I spent the first eleven days of June in Mexico City, where I saw a lot of contemporary art, walked and walked, trolled some bookstores, ate delicious food, took a short trip to Puebla and Cholula, and worked on a multimedia project for the Michigan Quarterly Review.

These were some highlights of my trip:

Noise–chaotic, human noises–the childlike recording that boomed from the tamal vendor’s car approximately 3x per day,  the biofuel tram passing under the window every 15 minutes from early in the morning to midnight, the rush of water pipes in the apartments above and below. It reminded me of being terrified by the insect sounds of Florida nights when I first moved there from New York City. Lots of Frank O’Hara in Mexico City moments.

The Cinetismo and Tiempo de Sospecha expositions at the Museo de Arte Moderno.

Fun, interactive expositions at Galeria OMR in the Condesa neighborhood. For example, Rafael Lozano-Hemmer’s piece below. Just push the button: “_______ is not the new _________”

Mezcal–it’s like tequila, but better. It makes me happy. Mezcal makers of Mexico, gods of the international liquor trade, consider more North American markets, perhaps in the southeast Wisconsin region.

Learning how to pronounce the words Tamaulipas and cantimplora (canteen). 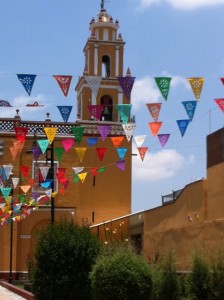 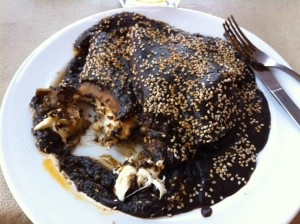 I love the parallel universe sensation of discovering writers you admire, who are breathing and writing daring, disturbing things in other countries.

Now for some poetry shout-outs. Thanks to Virginia Konchan, who invited me to contribute to a genealogy project for the Michigan Quarterly Review. It was strange and fun to work on a collaborative video poem about identity in Mexico City.

Oh June, the month of brides and Quentin Compson in The Sound and the Fury. I think I’ll reread it. Oh summer.

Finally, if you’re interested, check out this slideshow of my Mexico City trip.