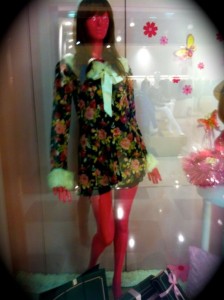 Now that beauty-gate has blown over, I’d like to ask some uncomfortable questions about the role beauty may or may not play in shaping contemporary female poets’ experiences within writing communities. First, a brief recap: the beauty-gate scandal, as it was coined by poet C Dale Young, began when, as part of a Ploughshares interview, poet Eduardo Corral addressed his experiences of outsidership in queer poetry circles in New York City and attributed this outsidership to, among other things, the fact that he doesn’t conform to the standard of physical beauty that seems prevalent in the city’s queer poetry community. In the ensuing meme, Alex Dimitrov, whose name Corral never mentioned, was implicated as being a gatekeeper of one of the groups to which Corral may or may not have been alluding. Five days ago (an eternity in internet time), Dimitrov published a brave and honest response to the controversy on his blog, and this seems to have put the matter to rest.

Justifiably, there was palpable concern and anger in many of the responses to beauty-gate. The idea of a writing community in which one’s physical appearance may be as or more important as one’s actual work seems antithetical to everything poetry stands for. The rhetoric that was hurled in both directions (mostly against, but also for the notion of the poet as aesthete) led me to consider the absence of rhetoric about the role physical appearance may play in shaping the experiences of female poets within literary circles where many of the gatekeepers are heterosexual men.

First, to be perfectly clear, I believe there is absolutely no correlation between any poet’s physical appearance and the beauty of her/his poetry. In fact, it feels to me like a copout when I use the word beautiful to talk about poetry, because so often beautiful might easily be replaced with another more specific adjective–sublime, violent, terrifying, defamiliarizing, or even humiliating. But that’s another conversation. Secondly, what we call beautiful in poetry and in the world is always a subjective value judgement. There are also certain dominant cultural standards of physical beauty that influence (consciously or unconsciously) how many of us determine which bodies are and are not beautiful. And it’s just a fact that women’s bodies are entrenched in a long history of beauty-objectification. Enter the straight white male gaze.  In this sense, asking a female poet, or any female, if she’s ever felt judged or othered based on a normative standard of beauty is as simple as asking, did you go to middle school? (Disclaimer: middle school was terrible. Everyone suffered. If you are a woman you know why I bring up middle school. If you are a man, you know why I bring up middle school). Naturally, one would expect more integrity and less superficiality from a community of adult poets. However, one has only to be an observer at a large writing conference to witness the ways in which beauty and power converge in disturbing ways. So, while the vast majority of us agree that physical appearance should have no bearing upon one’s acceptance within a community of writers, it can and perhaps sometimes does.  I think Corral’s courageous insights about feeling like an outsider in his interactions with a particular writing community were generally well-received–by which I mean validated, supported, or met with empathy–because the community at hand is geographically and, to an extent, demographically specific. It is easier to recognize and perhaps contend with the possibility that a certain community in a certain place is superficial or exclusive.

Unsurprisingly, female poets’ experiences of otherness or acceptance based on their looks are often more diffused and therefore difficult to address with a sense of legitimacy. To say, I realized at this conference or event that the established male writers or editors seemed most interested in talking to women under twenty-five who looked like ______, is to invite a lot of scrutiny. There is a tremendous amount of baggage that accompanies the beauty question for women. If we claim we feel professionally or socially excluded because we fail to meet a standard of beauty, we are more at risk of being labeled as bitter or untalented. Conversely, if we invest our time and energy into cultivating our physical appearance, we are more at risk of having our potential success dismissed as a product of our looks. In fact, physical appearance–caring or not caring; giving the impression that one cares or does not care–and the role it may or may not play in one’s acceptance within writing communities seems to me a minefield for the contemporary female poet.

All My Guilty Ones

I confess to being invested in a certain degree of self-stylization (beauty-mongering?).  I’m an Anthropologie sale-rack addict. I’m on the Mod Cloth newsletter. I cannot afford to be fancier than this, but I would, if given the budget. Admittedly, I feel better when I present a stylized face to the world. As a person whose vocation involves thinking too much about too many things, this affinity has long been a source of conflict. Does it demonstrate my acquiescence to a repressive cultural mentality that associates a woman’s worth with her physical appearance? Or, as I’d like to, but can’t fully believe, is it a series of acts rooted in personal agency, which prove that any body is a just a surface performance? How does any woman determine the line between seeking to cultivate beauty as a form of self-stylization with agency and seeking to cultivate beauty as a form of conformity to the cultural and social pressures that exert themselves over women’s bodies? In short, female poets might feel damned (by ourselves and each other) if we do care, and damned (othered or excluded by some of the male gatekeepers of diffused writing communities) if we don’t care.

Like many people, I disagree with the supposition that the beauty of one’s poetry relates to one’s quest for physical beauty.  I want to put aside that aspect of  Jameson Fitzpatrick’s argument in “Anne Sexton, Aesthetics & the Economy of Beauty” (a mayor player in beauty-gate) for a moment, and admit that I was struck by the extent to which the piece associated self-stylization with personal agency. This notion might be, as he stated, born of youthful folly, or even the fancy phantasmagoria of the New York City literary scene. Yet, regardless of their age, I don’t think many female poets would be vocal about such a belief, perhaps because they couldn’t fully convince themselves of its truth. Can women and even non-white men truly believe that the body is just a surface performance? I’m a Judith Butler fan, and yet I can’t help but recall Henry Louis Gates’ remark about her theory of performativity: it’s not going to help a black man hail a cab in New York City (Or, for that matter, help him enter his own house in Cambridge, MA without getting arrested).  It seems some queer white male poets can freely choose to self-stylize, to turn their bodies into a malleable surfaces to be desired or sought after by other subjects. Conversely, the female poet who self-stylizes is already conforming to, as John Berger says, being looked at by a male in a subject-position she will always be outside of. Therefore, a female poet who says yes, I try to be beautiful is simultaneously expected (in the this final image is just so expected sense), guilty (of conformity to a patriarchical cultural that conflates a woman’s worth with her appearance ), and suspect (Does she need to be pretty in order to succeed? Do her poems kind of suck? Does she make up for that by trying to be hot?). This same disparaging commentary can be and is, I am sure, leveled against male poets. Yet, the onus is more pronounced for female poets, perhaps due to a long history of literary otherness (see the Norton Anthology) during which male writers were the gatekeepers of literary communities (mainstream, avant-garde, you name it).  Poets are, if nothing else, vigilant when it comes to clichés.

The Awful Rowing Towards Posterity

Combing through the beauty-gate discourse, I was struck, if unsurprised, by how much beauty, as it was defined or desribed, seemed to hinge upon youth and novelty. Enter late capitalism. Yet, there are palpable differences in the way male and female poets of a certain age are perceived. For the most part, male poets who have enjoyed success are perceived as more attractive and desirable as they age. On the other hand, female poets who have enjoyed success become invisible as they age. For the male poet, knowledge, experience, talent and the power that come along with it make him more “beautiful.” For the female poet, being physically attractive makes her “beautiful.” Knowledge, experience, talent, and the power that come along with it, not so much. As they age, male poets and men in general seem to transcend their bodies without becoming desexualized or invisible. I’ve heard so much about the sexy minds of some older male poets, and how this explains the fact that so many younger female and/or male poets sleep with them. Show me the older female poet equivalent. No, I don’t think this would make everything ok.  Furthermore, I’m not making a moral argument. I have no opinions about who should be desired by whom, or what we should or shouldn’t think is beautiful. Nor do I think that anyone should be judged for caring or not caring about being physically beautiful. I do think that there should be less superficiality in the writing world, and in the world in general. I also think female writers should be less afraid of having these conversations, should they seem relevant. As Steve Fellner remarked of Corral’s decision not to name names in the Ploughshares interview, politeness and the desire to avoid offense say a lot about power structures. I realize I have not mentioned names.

Finally, I am not suggesting that there is a giant conspiracy in the writing world to only publish and promote the work of people who adhere to dominant cultural beauty standards. Nor do I think that all or even many straight male gatekeepers of literary communities accept or do not accept female writers based on their looks. I do, however, believe that female writers are more likely to be judged based on their appearance, and that they are less likely to talk about it.

Finally (for real), remember that Pantene commercial from the 80s? Don’t hate me for being beautiful. For female poets, it’s hate me because I probably already hate myself for trying or not trying to be beautiful.

In all seriousness, I like myself. I like being a poet who is a woman. I like other poets who are women and men. Oftentimes, I think poems are beautiful when they terrify or disturb me. I think poets should, if possible, try to foster supportive, inclusive communities based on their love of poetry. It’s complicated.

6 Comments to 'I’m a Rabbit and this is My Owl: On Beauty and the Female Poet’s Body'